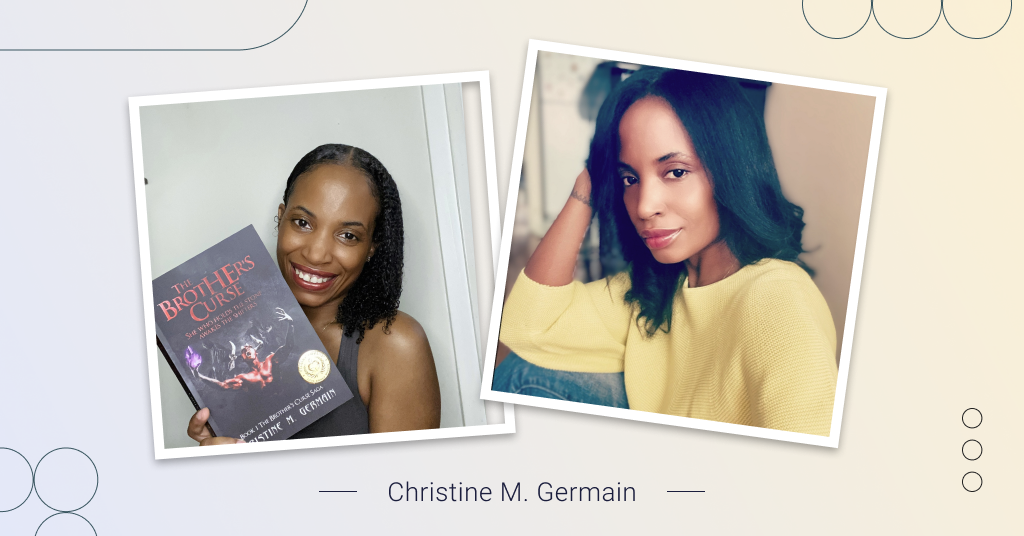 Christine M. Germain is an Award-Winning indie author of horror fiction who wrote her first story at twelve. Admiring masters of horror such as Stephen King and R.L. Stein, Christine pursued her writing journey majoring in literature and graduated with a performing arts degree. She has already published two books of a hugely successful The Brother’s Curse Saga, and two more books are on the way.

What does it take to find the courage, start an indie author career, and find recognition in the self-publishing industry? Here’s the story of Christine M. Germain.

Christine chose to self-publish because she wanted to own the full rights to her work. There was something special about the story she has created that she wanted to keep as unique as possible. The thought of multiple hands having access to her manuscript and fixing it was both horrifying and totally unacceptable. Christine wanted to stay true to her art and to herself so self-publishing was her only choice.

Still, the road to success was not that easy. Christine’s key challenges at the beginning of her author’s path were discovering how to publish the novel, finding the best editors and cover creators, and trying to figure out what was going to attract the readers. And that’s when networking came into play. Thanks to the authors she has met along the way, Christine doesn’t have any of the problems she has faced earlier. Experienced colleagues gave her advice, pushed her in the right direction, and gave useful recommendations, for example, referred her to Miblart, “a blessing” when it comes to cover design, according to Christine.

Years in self-pub taught Christine that you need to have a lot of discipline and patience to succeed. She admits that self-publishing isn’t for the weak. You need to accept that a path as a writer has no straight line: there are ups and downs and times when you don’t know if you are cut out for this career. Nevertheless, every day Christine wakes up and says “It’s possible” because now she knows that anything can happen if you’re an indie author, especially when you least expect it. 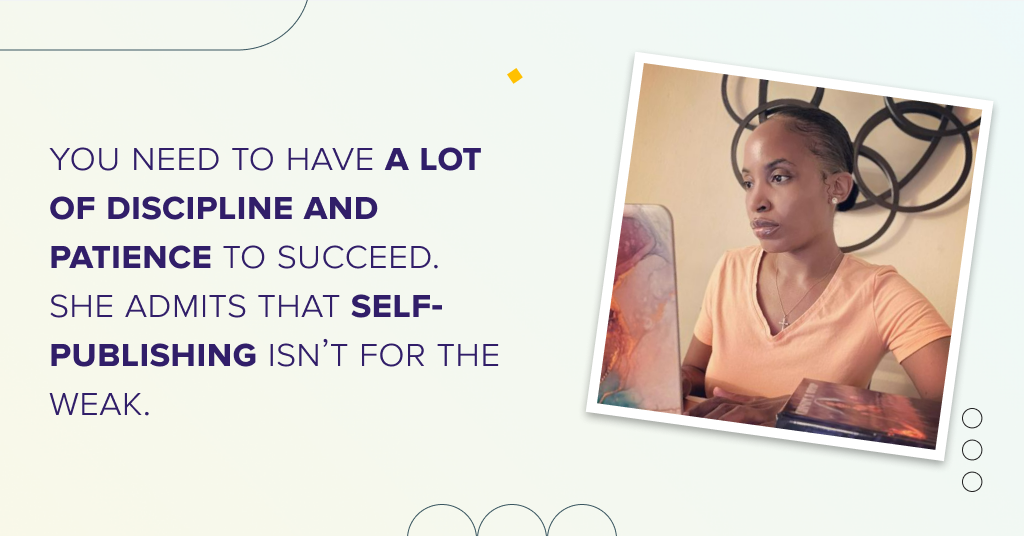 Today, Christine tries to find ways to grow and improve her career every day. She usually writes on weekends because this is the routine that works out for her best. Her favorite tool for creating manuscripts is Scrivener, while social media, such as Facebook, Twitter, and Instagram help her boost content. Christine agrees that the author platform is one of the key ingredients of an indie writer’s success. Custom illustrations of her characters, book promo videos, and photos of novels helped Christine build an audience and find her loyal readers.

If you asked Christine what is self-publishing, she’d tell you it’s a learning experience. That’s why research on self-publishing helps a lot, specifically when you’re only at the start of your career. For instance, when Christine was in the process of publishing her first novel, she did not know about sending out Arc Copies. If she knew that earlier, her book promotions would have been much easier and more effective. Another Christine’s major mistake as a beginner author was poor editing. She rushed and trusted her proofreaders although she shouldn’t have because, in the end, she found mistakes in the final copies. Christine believes that as an author, you have to make sure to re-read your book as many times as possible to ensure great quality. Now that she has learned her lesson, she double-checks everything.

Here’s what Christine would advise to all beginner authors who wish to start a self-pub career: 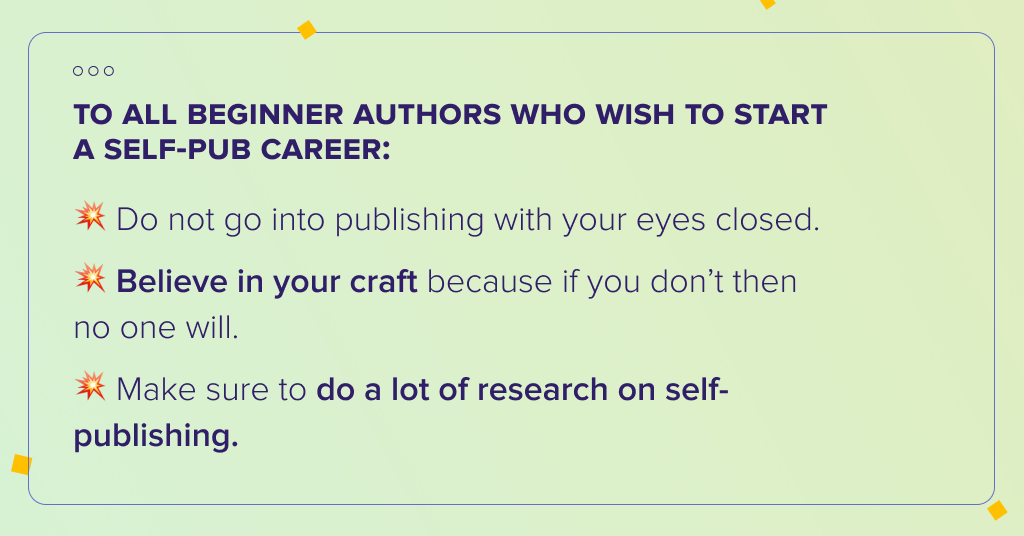 For Christine to be an indie author means being able to create her own worlds the way she wants them to be. It means studying the publishing world, getting to know readers, bonding with other authors, and appreciating how meaningful it is to be an entrepreneur in literature. 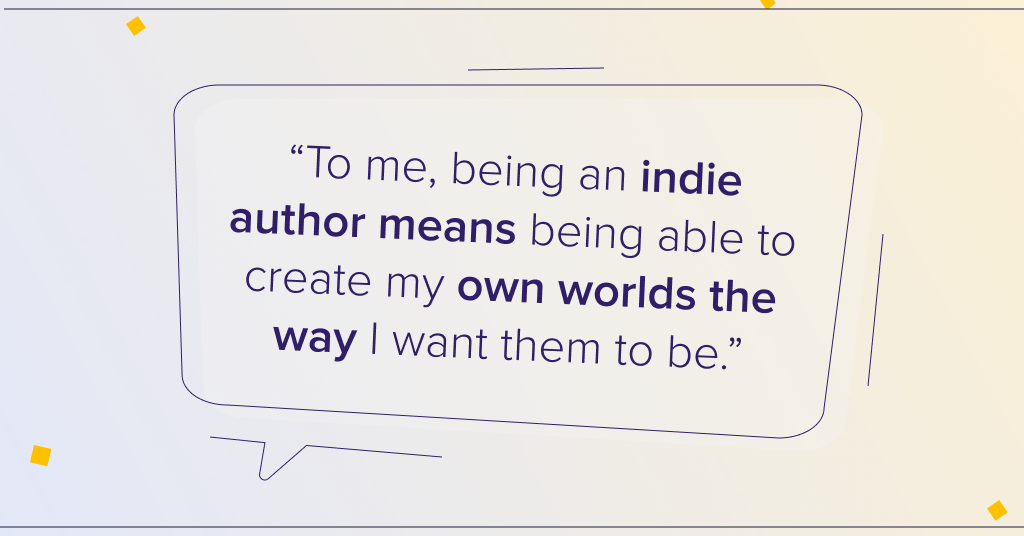 If you feel that the fantastic journey called self-publishing calls you, don’t miss your chance to go on an exciting adventure that will give you a lot of friends, a unique experience, and, of course, success.